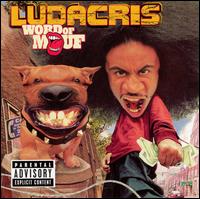 Ludacris exploded onto the scene in 2000 with his “Back For The First Time” album – an album that to me at least, despite its strong sales, was extremely overrated. The downfall of that album was its reliance on too many “Dirty South” styled beats – a move that led to Ludacris perhaps being unfairly pigeonholed. Unfairly? Well, yes, because despite the mostly poor choice of beats, Luda was still able to establish himself as one of the most charismatic rhymers on the present day scene. As we moved into 2001, Ludacris maintained and built his profile up with a blazing guest spot on Missy Elliott’s ‘One Minute Man’, as well as dropping his own summer anthem ‘Area Codes’, which I’m sure you’ve all heard by now.

So now Ludacris is presented with the “difficult” sophomore album. The good news is that its a definite improvement on the first joint, with a much better selection of beats and themes. It also helps that Ludacris’ flow throughout is extremely polished. Take the current single ‘Rollout (My Business)’ as an example – linking up with Timbaland, who drops his trademark staccato-styled beats, Ludacris meshes perfectly with the track to produce a bouncy cut that carries the same summery feel of ‘Area Codes’.

Elsewhere, ‘Keep It On The Hush’ is a cheeky gospel influenced anthem which has Luda telling his lady the merits of keeping their affair a secret; while ‘Cry Babies (Oh No)’ has Ludacris falling into macho-posturing mode, talking about how much damages he doing to other rappers who get in his way. What leaps out at you while listening to these two cuts, and the others on the album, is the charisma with with Luda delivers his lines – the smooth lady-killing lines, the doing-damage-to-fools lines… all are delivered with the same tongue-in-cheek humour throughout, making it hard to dislike Luda as an emcee. Just to back up the point though, he’s not all just about delivery – the boy has skills too, as proved on the ‘Word Of Mouf Freestyle’, where he absolutely destroys the mic with some laugh a minute lines.

The highlights for me though, were the already mentioned ‘Area Codes’, and ‘Growing Pains’. The former, as you probably know, was 2001’s summer anthem – an incredibly bouncy cut which features Nate Dogg with another simple but memorable hook. The latter cut though, as well as being one of the strongest on here, also serves to illustrate the varied skills that Luda and his crew possess. From talking of hoes, women, and liquor on the ‘Area Codes’ track, Luda switches completely, to talk emotionally about his time growing up with his homies. ‘Growing Pains’ is similar in vein to Pete Rock and CL Smooth’s ‘T.R.O.Y.’, and is equally moving. Using a sample of William Bell’s ‘I Forgot To Be Your Lover’, as its base, the track features little more than Luda, and his friends Fate Wilson and Keon Bryce reminiscising on their childhood. Again though its the whole delivery of the lines, and the emotions you can hear in each word that makes this such a dope listening experience. Put simply – its a PERFECT track.

The only downside to me was the fact that the majority of the tracks on the album were slow paced. Only ‘Area Codes’, the BDP-jacking, Jermaine Dupri poisoned ‘Welcome to Atlanta’bonus cut, and the club cut ‘Saturday’ break up the routine of slow tempo cuts. Don’t get me wrong, a lot of the slow cuts are cool too, but as you listen to the album, you feel yourself wishing for a change of pace. This, ultimately, is one reason why some people may find this a turn off. Its not the fact that Ludacris can’t rock on faster beats either – he’s proved that. Hopefully on the next album, he’ll be able to deliver and improvement on this. “Word Of Mouf” is a welcome step up from his debut, but there’s still a few more steps he needs to take.