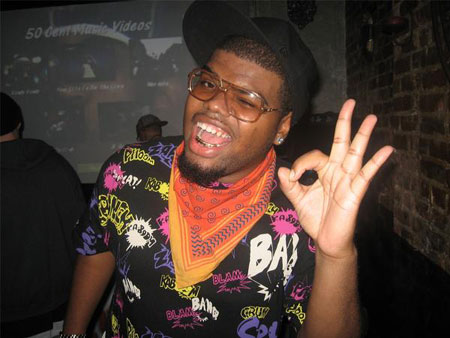 For boom-bap so loved the world they sent you their only son. Fresh Daily, with his knack for clever word play and sophisticated sarcasm, is as civil and smooth both in person, and in music. With that said, add his penchant ability for using his expert hand/eye coordination as a talented graphic designer.

Formerly known as ill Tarzan, he was recently served cease and desist papers from Edgar Rice Burroughs Inc, the owners to the rights of the original Tarzan (book). According to the legal papers, ill Tarzans lyrics are violent and do not uphold the wholesome family image upheld by their trademark. However, there is one problem ill Tarzans lyrics are not violent as he is strictly lyrical and metaphorical. “I dont need shit in my waist, these words will leave you quadriplegic”, he rapped in a song “Brass knuckle Slap Boxing”, a battle rap displaying lyrical prowess. Understanding that the false accusations about his lyrical content stem from a general bias against Hip-Hop, he’s decided his time was better spent on music and that change is sometimes necessary. On the flipside of things, this is a sign of his growing popularity. He has changed his name to Fresh Daily due to his burgeoning collection of Nike sneakers, distinct taste in NYC fashion, and an affinity for highly stylized, braggadocios lyrics. “It pained me to lose 7 years of garnishing a fan base as ill Tarzan but maybe it was time for a change anyway. Plus, Fresh Daily just fits me right, I stay Fresh All day, every day, with the rhymes, with the style” he said of the new rhyme name.

“F Dot” (the shortened moniker of Fresh Daily), is a Brooklyn native who is musically influenced by 90s Hip-Hop from the likes of Native Tongues, Black Moon, Pete Rock and CL Smooth, as well as, current day rhyme-slingers such as MF Doom, Kanye West, and Common. Fresh Daily has performed along side some of Hip-Hop musics highest regarded artists such as Jean Grae, Mos Def, Talib Kweli, Wordsworth and Lord Have Mercy. He has released numerous self-financed projects over the course of his seven years as a musician, and has also performed in various New York City venues, to support those efforts. Fresh Daily recently signed on with an indie Hip-Hop label and graphic design company, Unlimited Vinyl Ink (Brooklyn). With this new company backing him, he hopes to move his exposure to the next level.

Releasing his Unlimited Vinyl Ink debut in 2006, Fresh Daily is also illustrating two childrens books, Youth-For-Real: Achievement Celebration and Cinderrapper. Future aspirations for Fresh Daily include film scores, a T-shirt line and soundtracks, as well as, acting, modeling, more graphic illustration, and he has plans to design his own sneaker line.